By Konstantinos C. Apostolakis, May 2021

Since its most commonly accepted definition in 2003 by Henry Jenkins, University of Southern California Provost and Professor of Communication, Journalism, Cinematic Arts and Education, transmedia storytelling has been studied, debated, analysed, given form and ported into various areas of human activity, such as journalism and marketing. Undertaking a transmedia production requires careful planning and a thorough understanding of the key mechanisms that give transmedia its unique edge over other forms of storytelling. Effectively, transmedia storytelling entails the distribution of a story across multiple, complementary to the narrative media channels, so as to create a unified and complete entertainment experience that is much more rewarding to experience than the sum of its parts.

Sports storytelling, ever since the early days of sports television, has largely contributed to the overwhelming success of sports media, which remain one of the top marketable properties in the world. It can be argued that, in many ways, the real-time story of sports league competition has become just as important as the actual content itself. Sports commentator storytelling is heavily based on real-time data such as player performance stats, advanced analytics and live odds, although particular focus has been placed also on storytelling efforts done prior to, or after live matches, such as interviews, debates or feature packages. In today’s hyper connected world however, it is no longer a viable option to consider sports audiences as passive consumers, but rather as collaborators. No longer are people mere followers of sports, leagues, teams and athletes, but rather, and especially since the advent of social media, the same people are presented with a platform to contribute to the narrative, and even shape how the characters, storylines and even the competition itself is understood and accepted among fans. Therefore, media producers are gradually realizing the benefits of cultivating a transmediatic approach to distributing content, adopting expansive storytelling over different platforms and enabling fans to consume the content at their own pace.

Yet, current practices are still limited due to the full realisation of Jenkins’ seven transmedia principles contradicting the strict nature of sports broadcasting deals and central control that sports organizations exert over the narratives told about their extremely lucrative properties. Despite recent, more inclusive attempts made by major players in the sports landscape, many organizations still actively discourage audiences to partake in narrative crafting, thus embracing a full transmedia approach and the benefits it has to offer. Therefore, experimentation on transmedia has focused more on niche sports and lesser obvious sports broadcasting properties, with case studies on transmedia projects targeted at sports properties showing that the potential for growth remains huge. 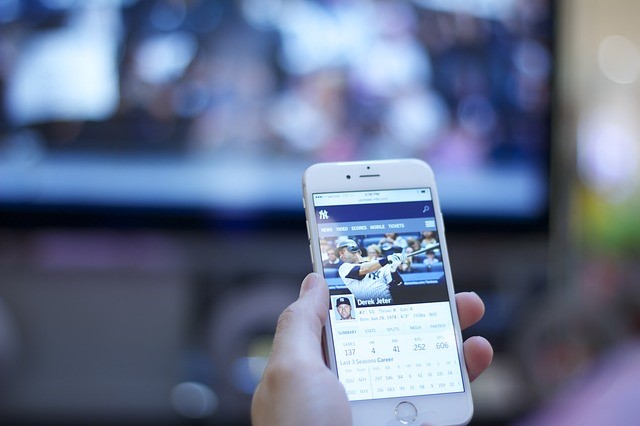 With this in mind, the proliferation of esports emerges as a broadcasting property with the potential to rival sports in terms of marketability. The narrative strategy for esports storytelling in live coverage mimics that of the sports world. Yet, the esports storytelling script is very different from that of mainstream sports broadcasting, as esports gameplay can be more complex, and thus explaining the objective of the game in a manner that successfully tells the story to an audience full of die-hards, as well as viewers watching for the first time. In terms of embracing transmedia as a form of storytelling, esports are particularly tailored to social interactivity, as fans are accustomed to having access to live chat functionality alongside the live broadcast, facilitating an unprecedented degree of interactivity that is uncommon for most sports leagues. In addition, esports and video gaming fans are fuelling the rise of entirely new social media platforms (like Discord servers), whose impact on transmedia ecosystems remains a largely unexplored territory. It is in the context of this social integration that esports differentiates from other sports leagues. In this respect, esports are more well-equipped to embrace inclusive transmedia scripts to facilitate community building, render current tight-knit communities of die-hard esports fans more inclusive, and prolong its success.

COPA EUROPE aims at exploring such yet unexplored possibilities for embellishing the esports broadcasting script, to deliver a polished live coverage of tournaments and events that will resonate with a diverse and passionate audience. The project aims to evaluate the accessibility of the community co-created transmedia content to so as to come up with evidence on both graphical and storytelling innovations to promote the cultural phenomenon of eSsports and drive significant growth that can place Europe in a leadership position worldwide. In this direction, the project will release in April 2021 a comprehensive report on transmedia storytelling, its relation to competitive and recreational events’ coverage and transmedia storytelling strategies suited to the worlds of sports and esports in Deliverable D2.1: “Distribution layout of the transmedia platform and communication channels”.

**Konstantinos C. Apostolakis is an RTD Engineer at the Human-Computer Interaction Lab of the Institute of Computer Science of FORTH. FORTH has undertaken the Technical and Scientific Management of the COPA EUROPE project. Furthermore, FORTH leads the development effort on the COPA EUROPE transmedia storytelling components as well as the Projects’ adaptive and personalized immersive visualization playout platforms.